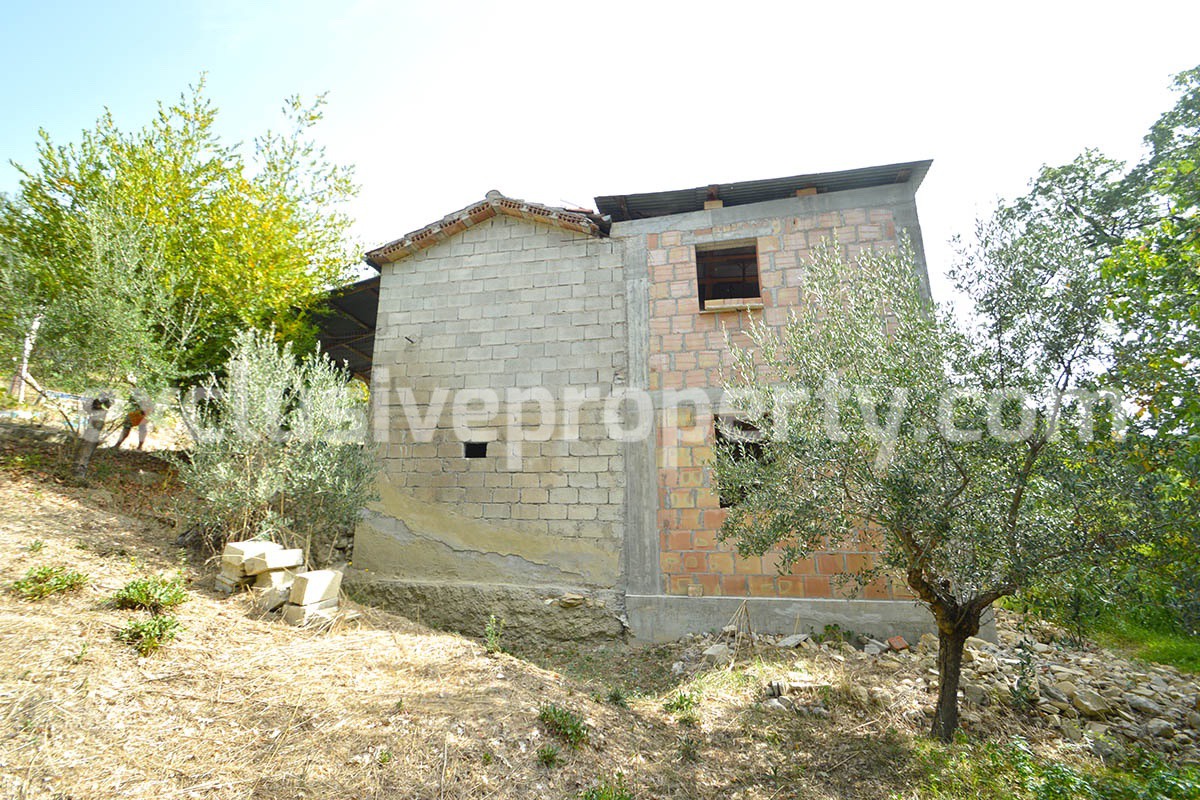 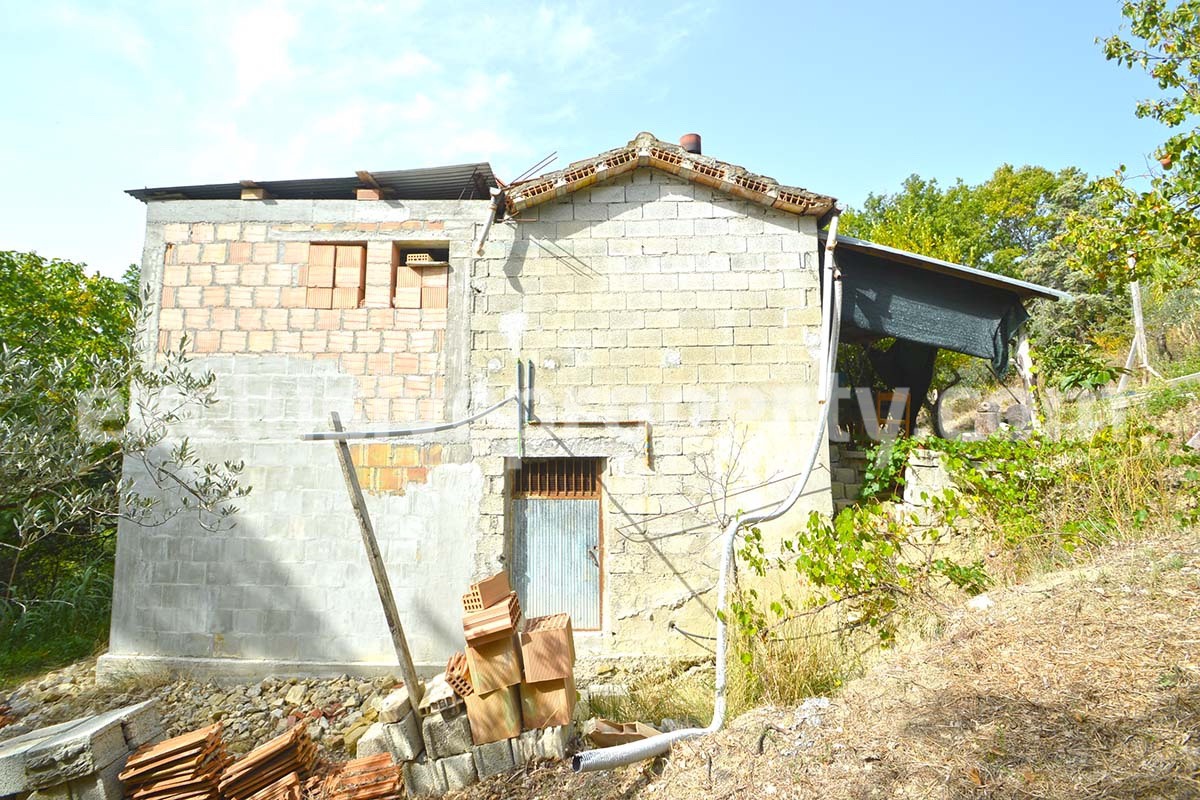 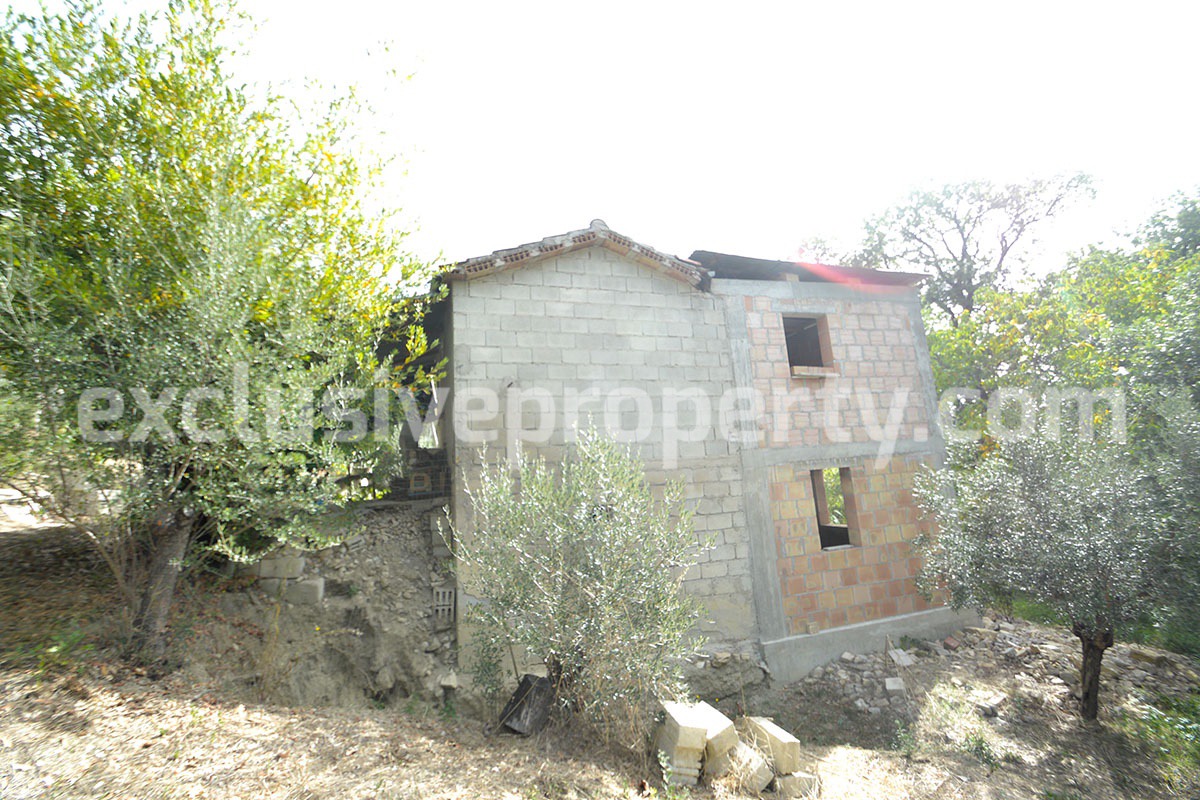 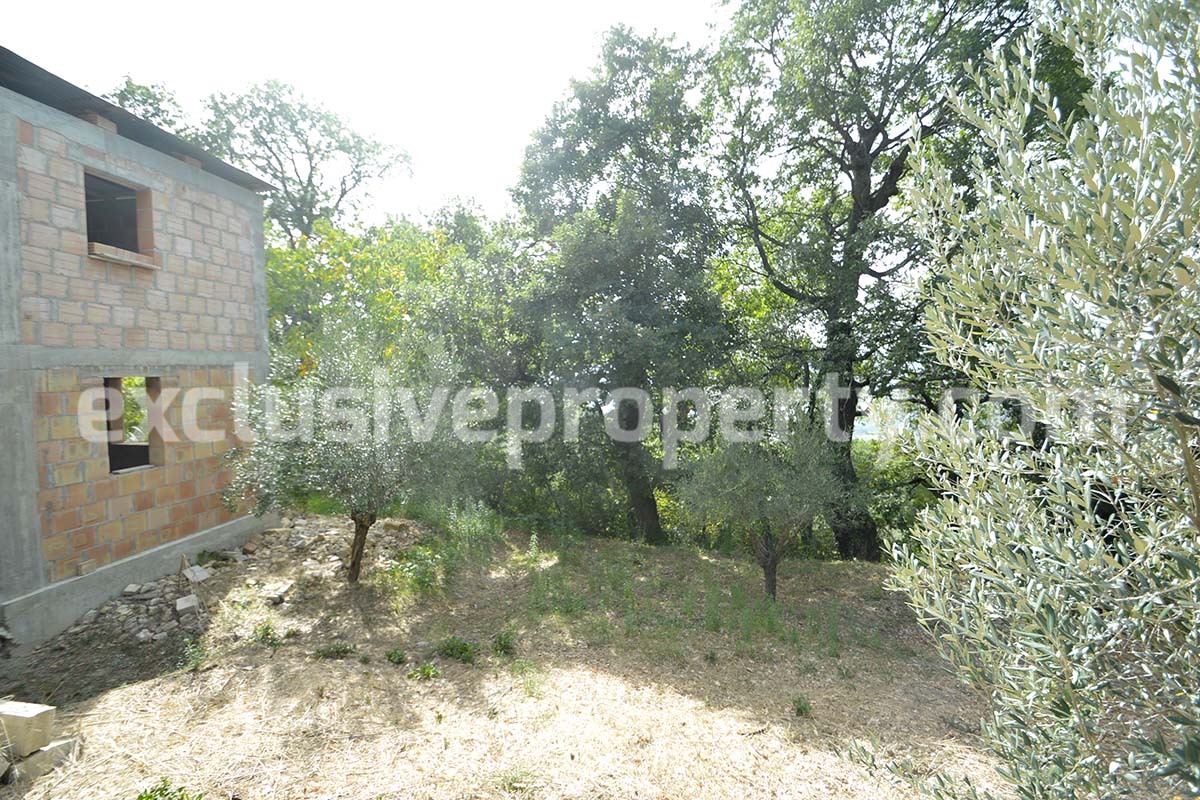 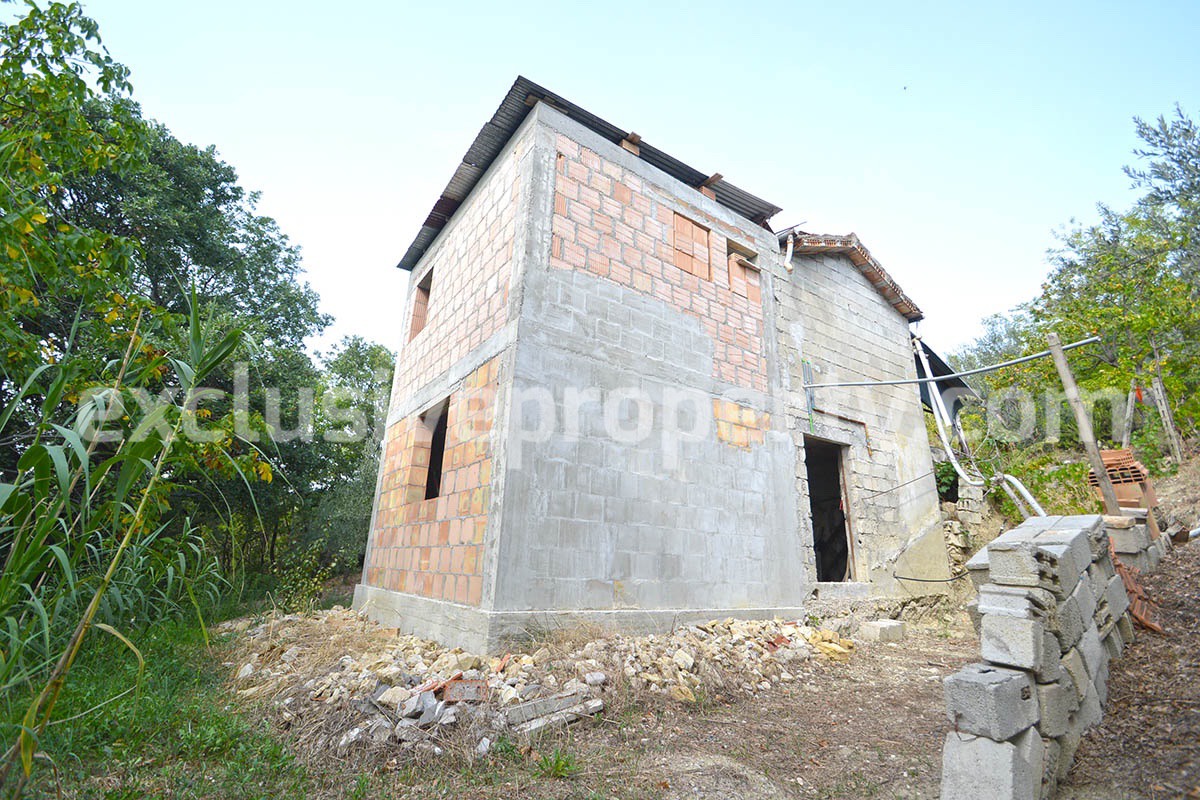 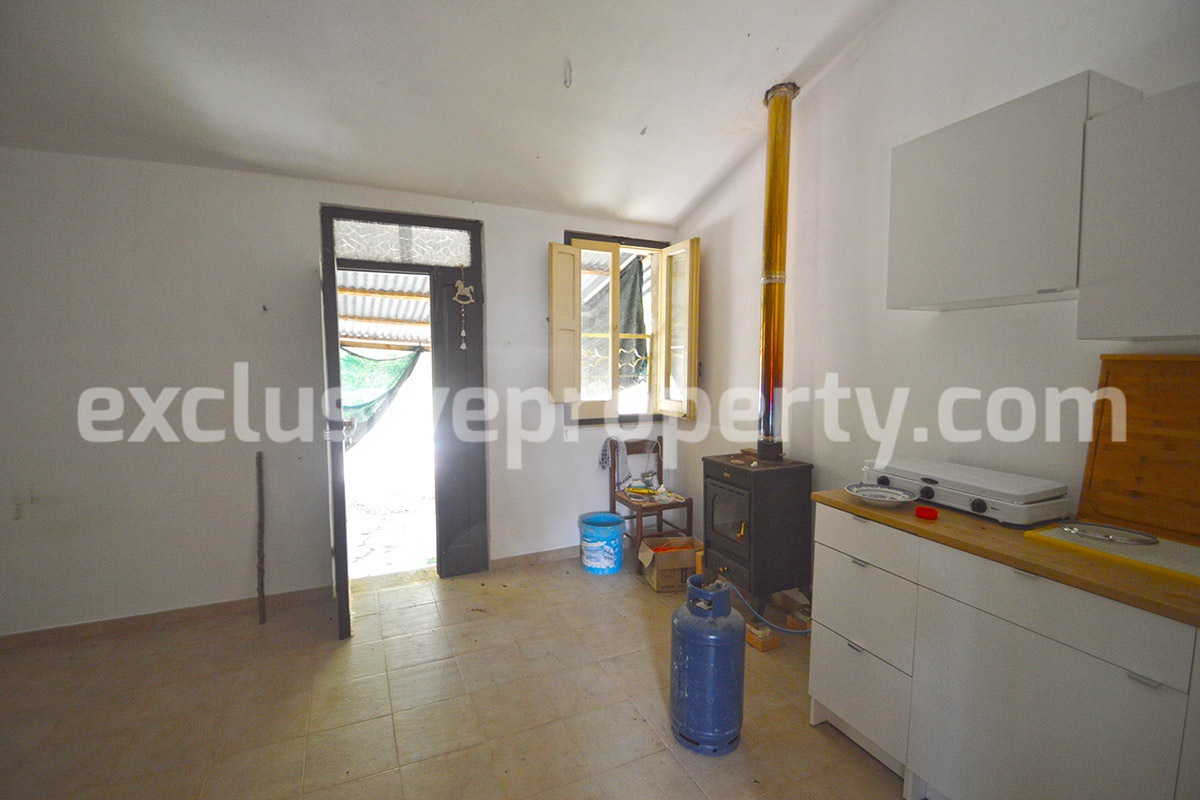 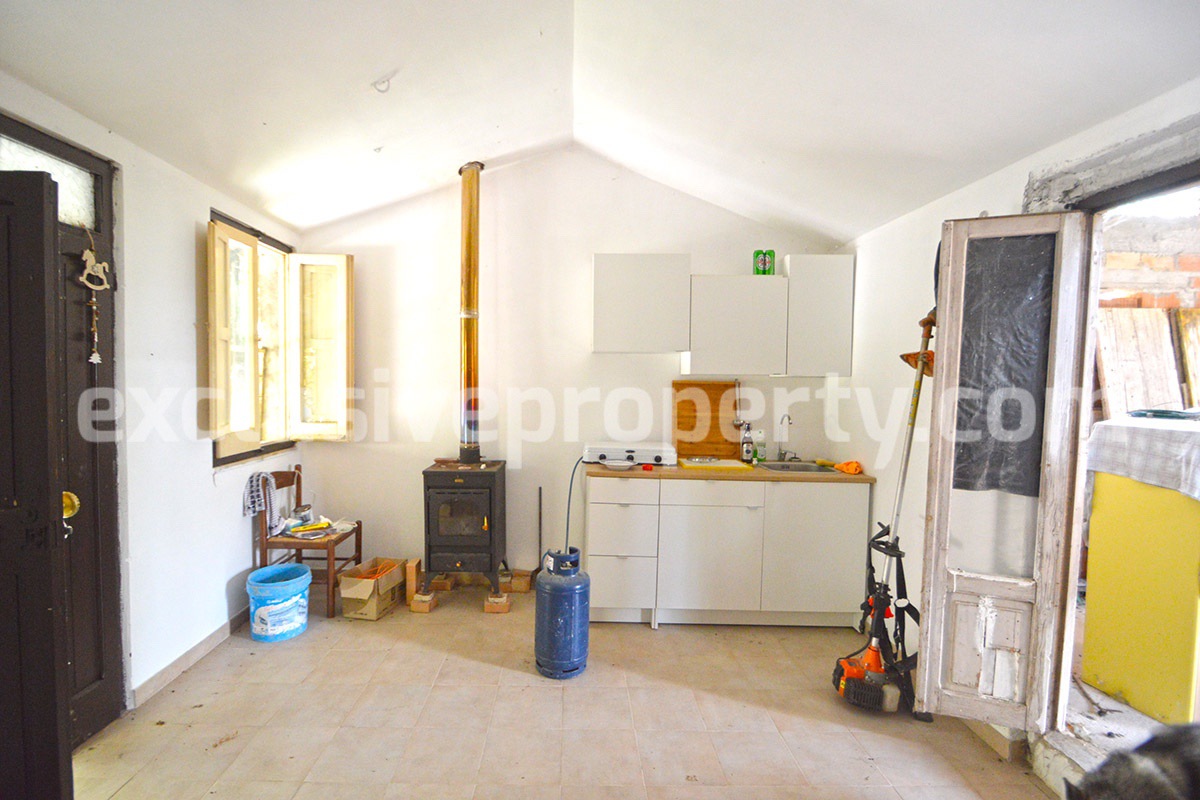 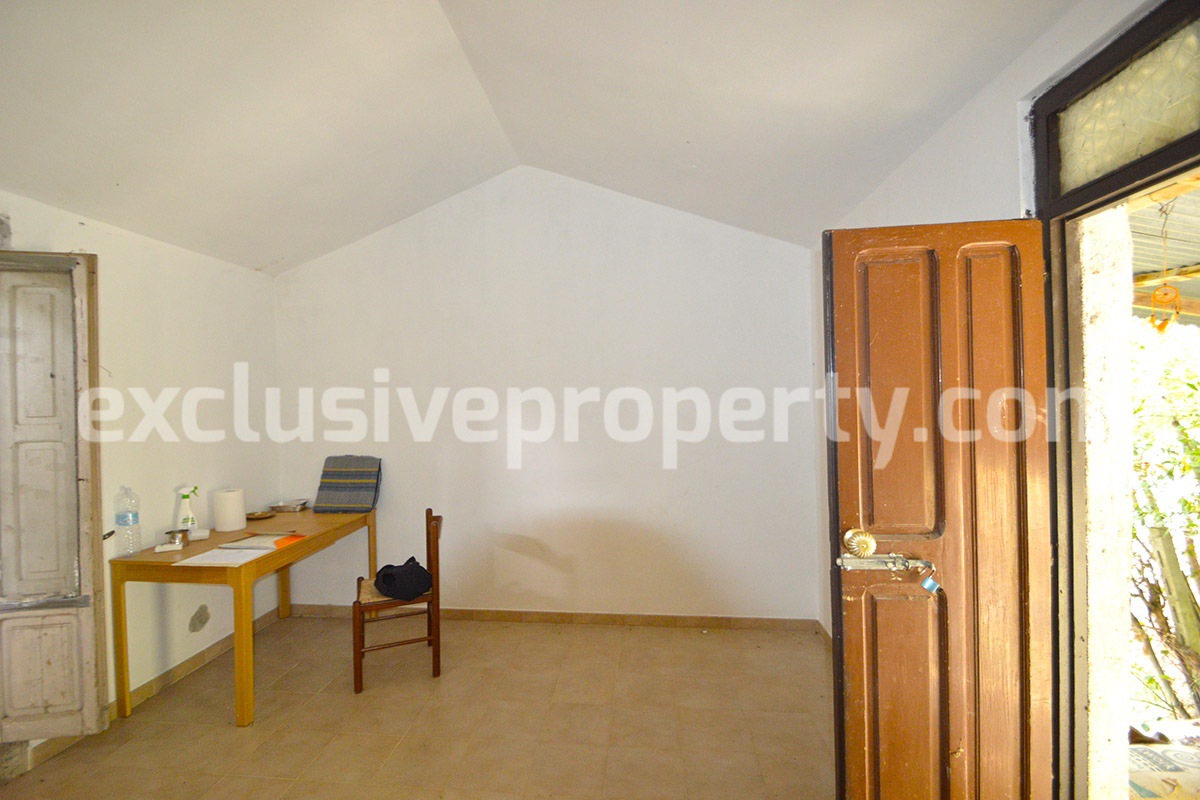 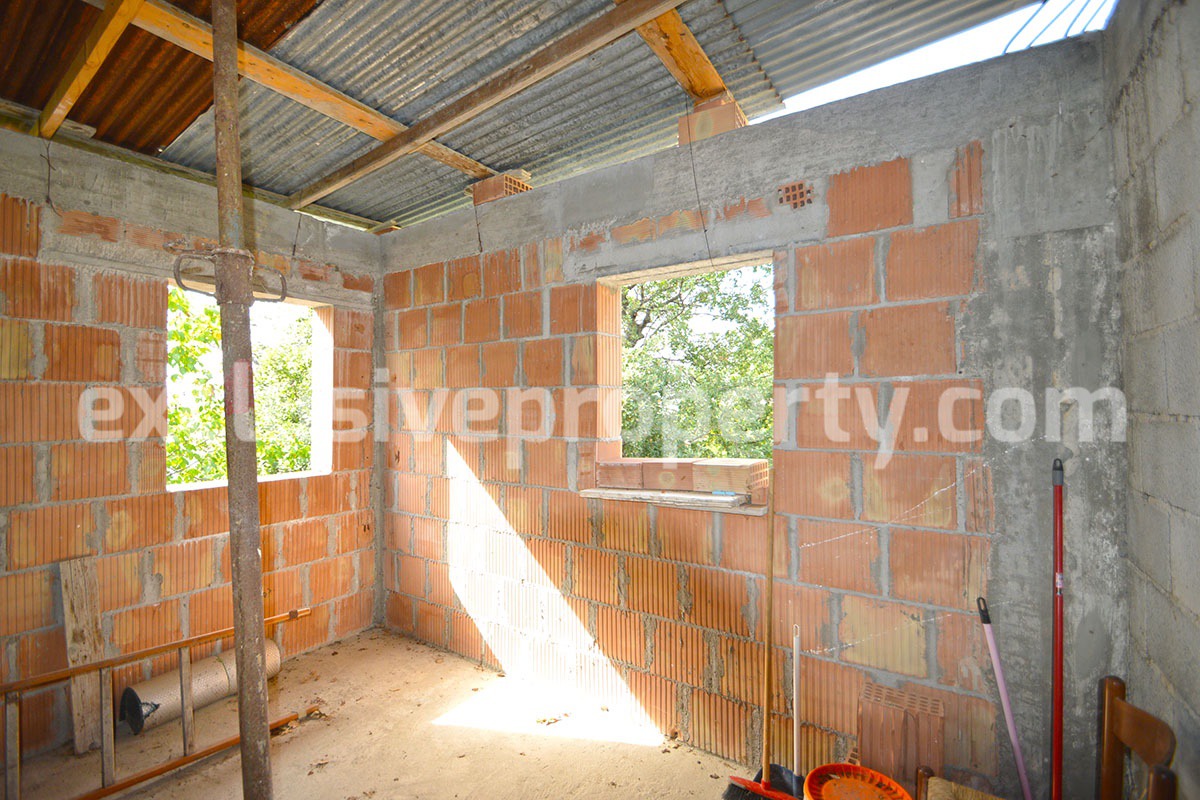 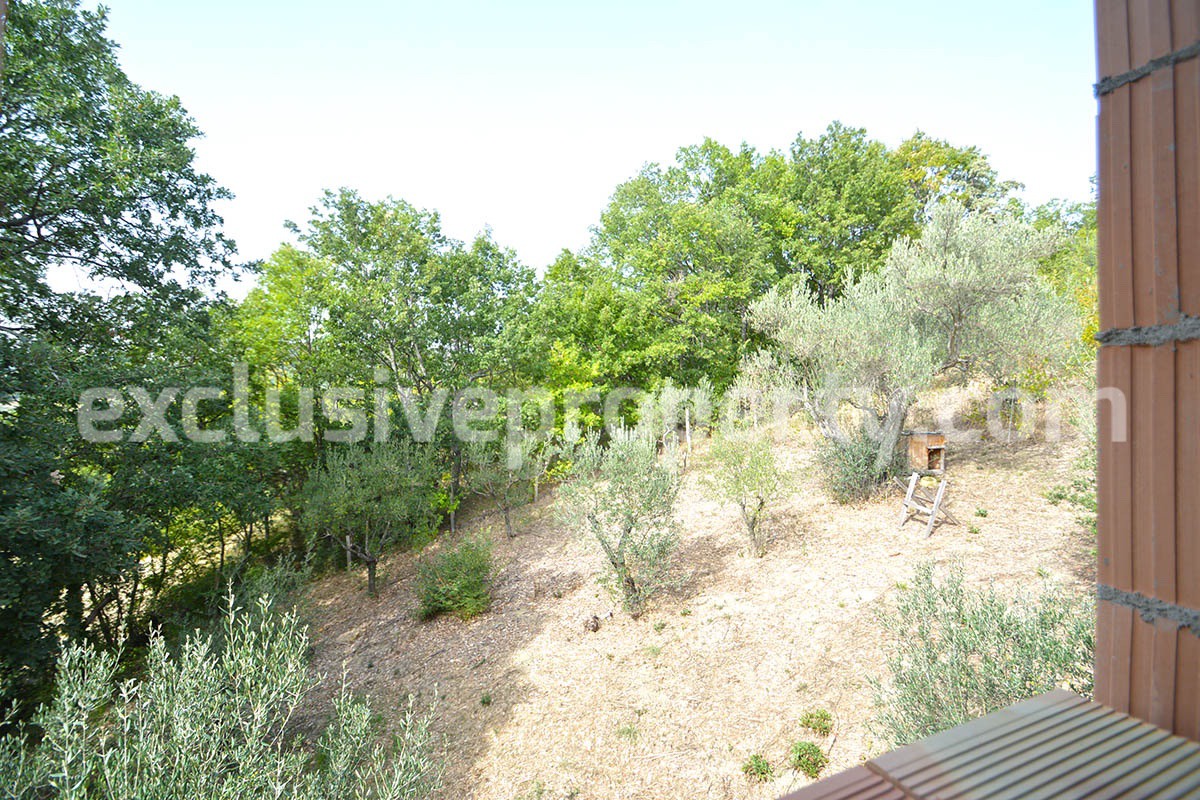 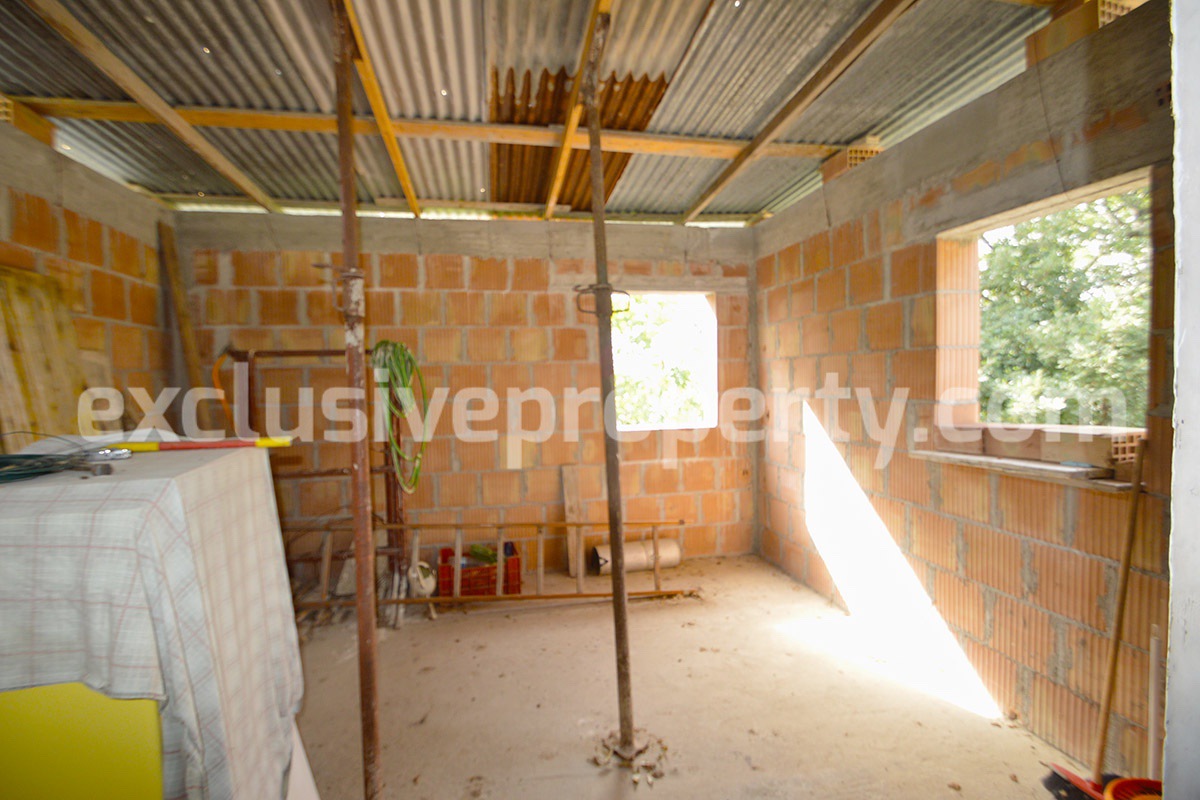 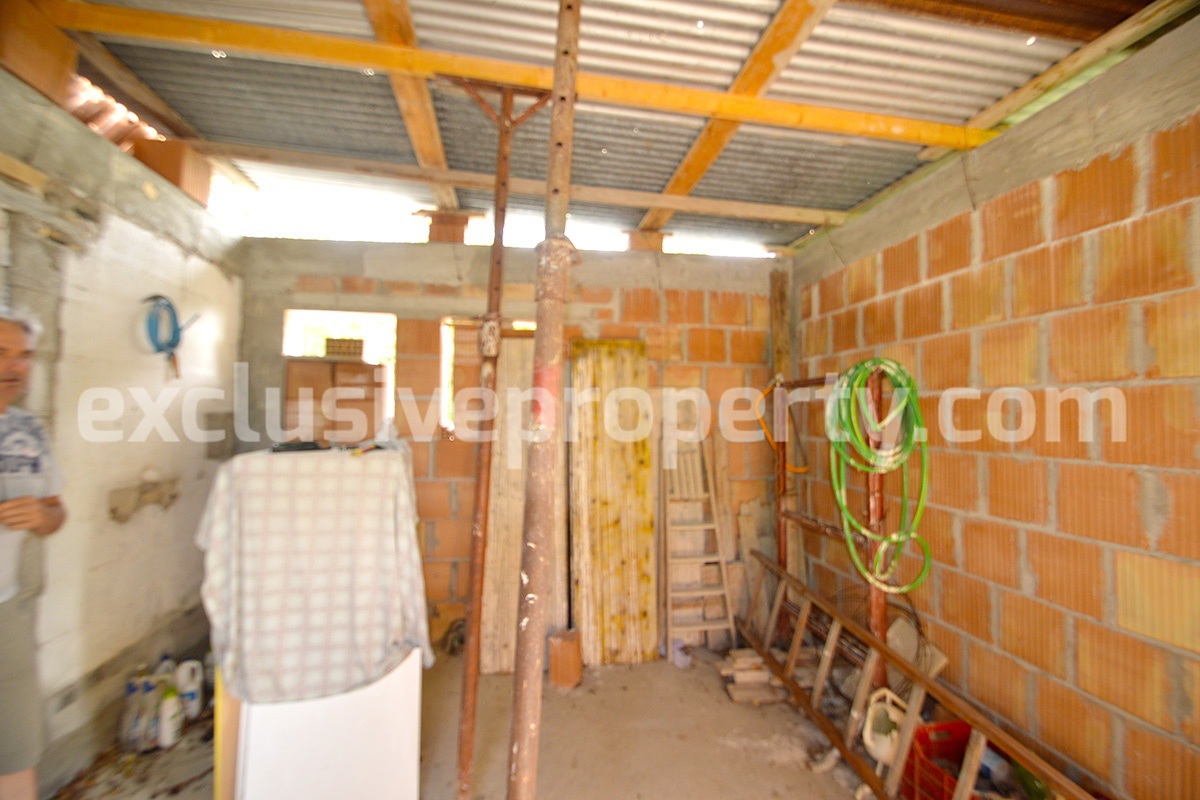 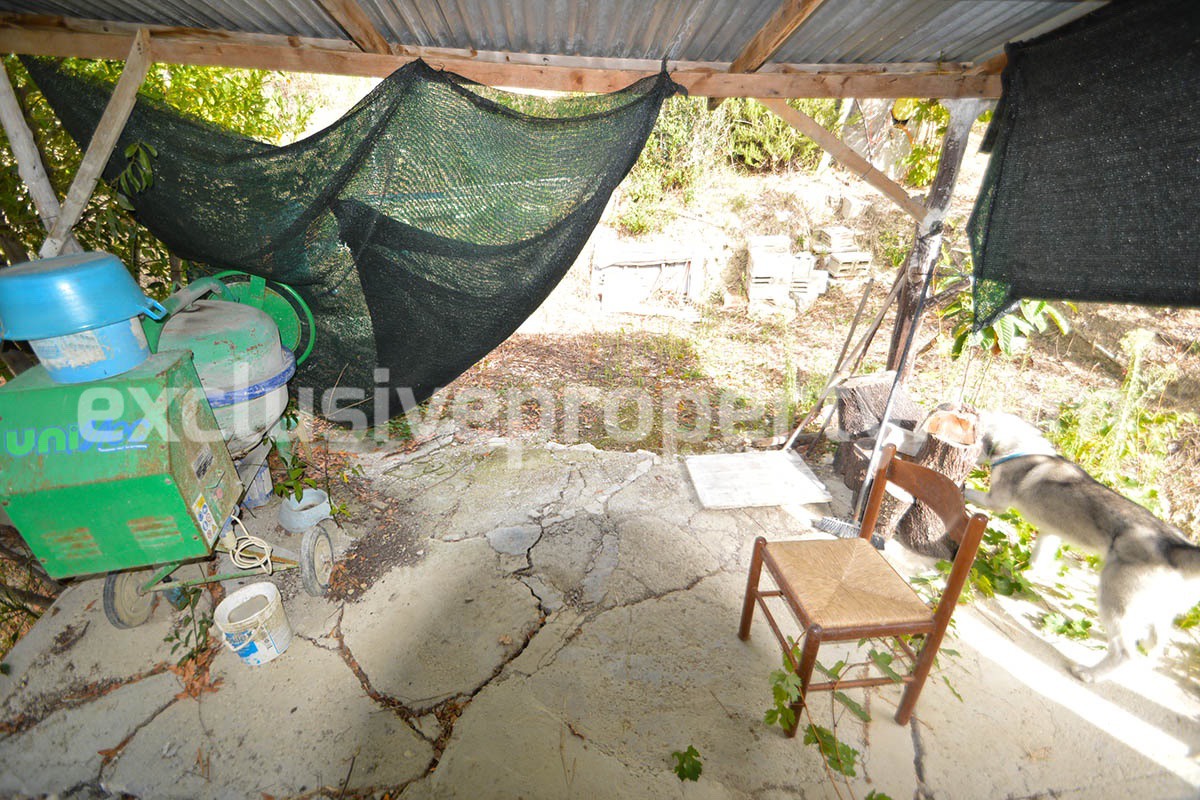 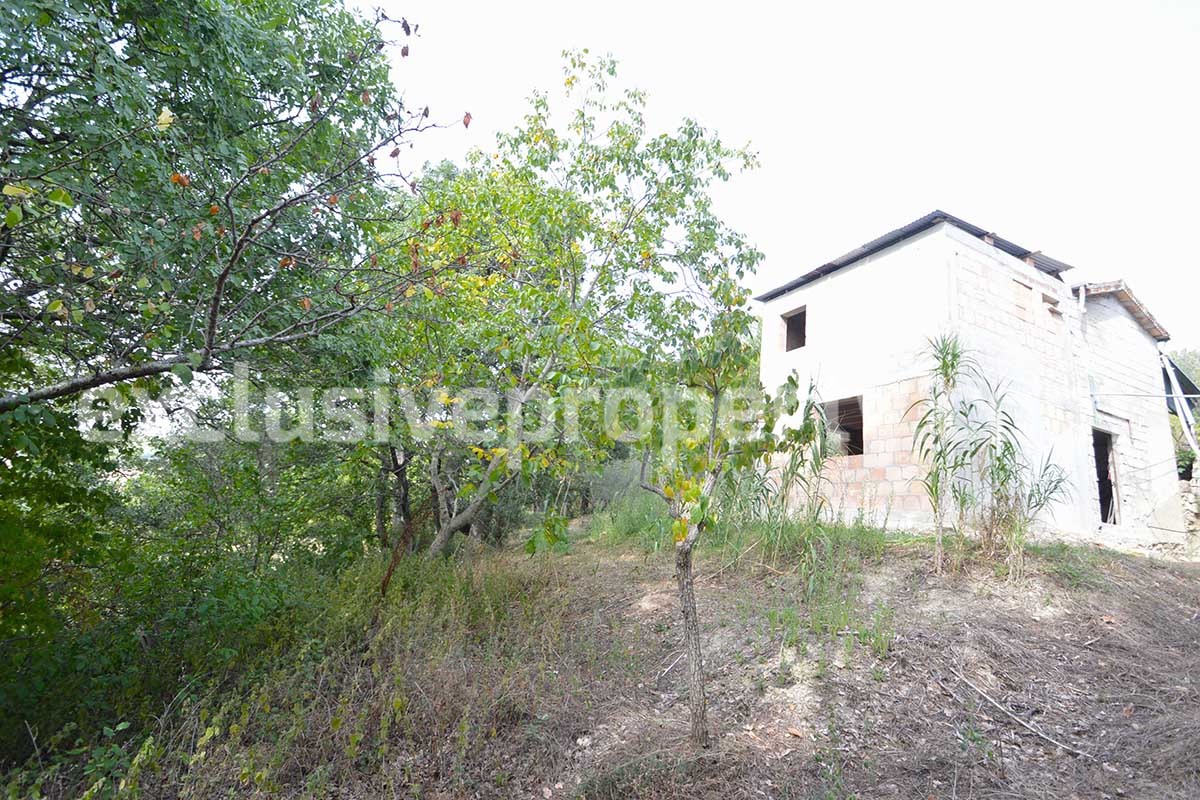 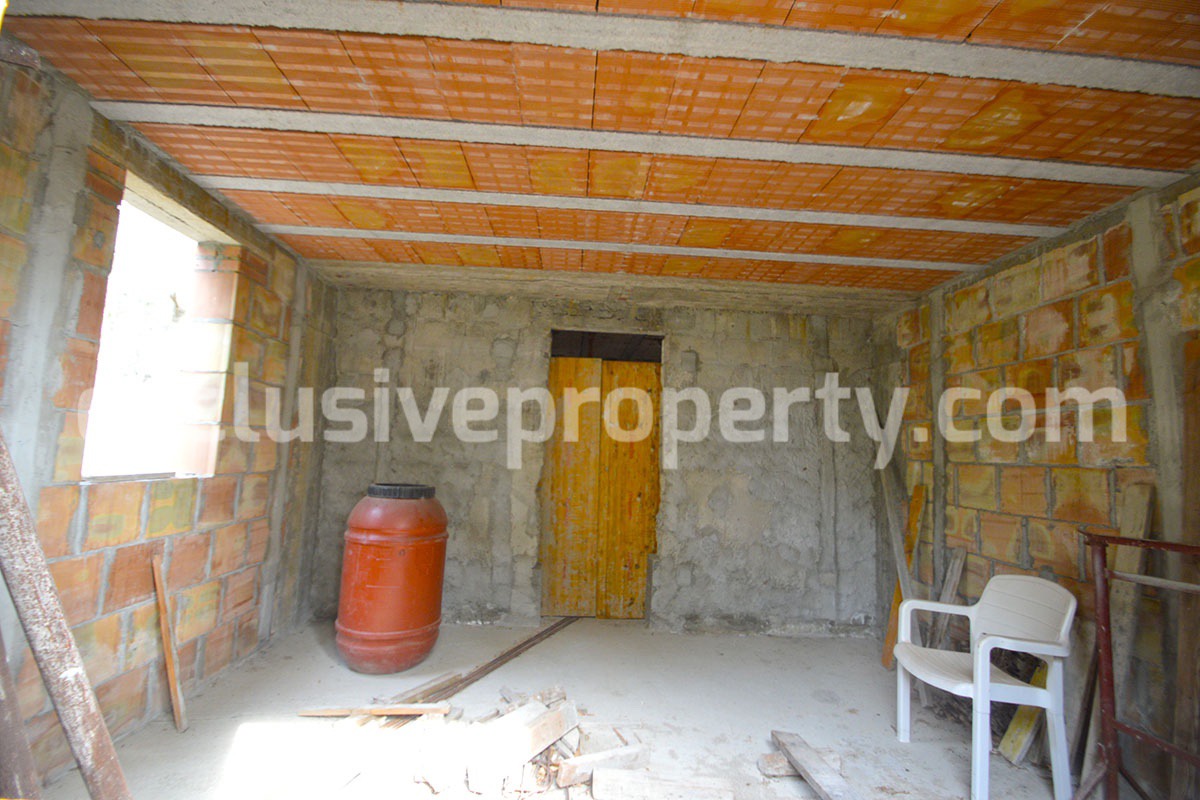 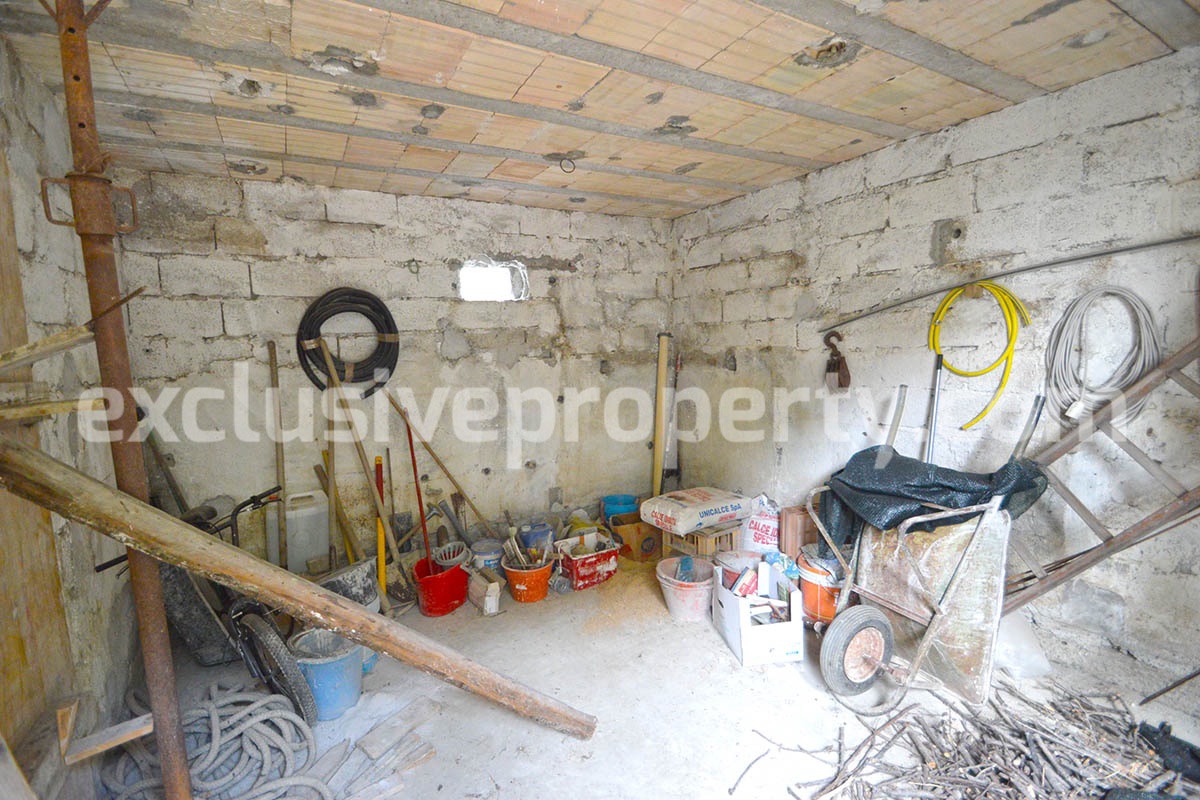 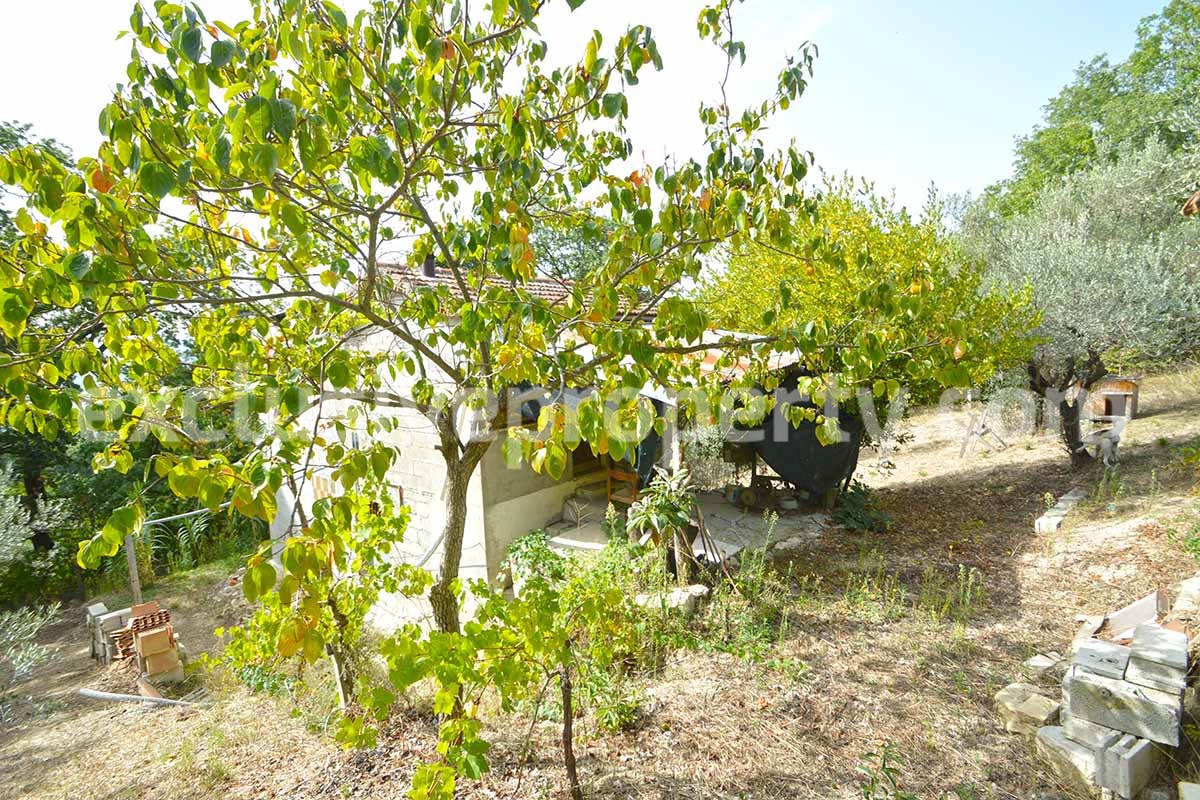 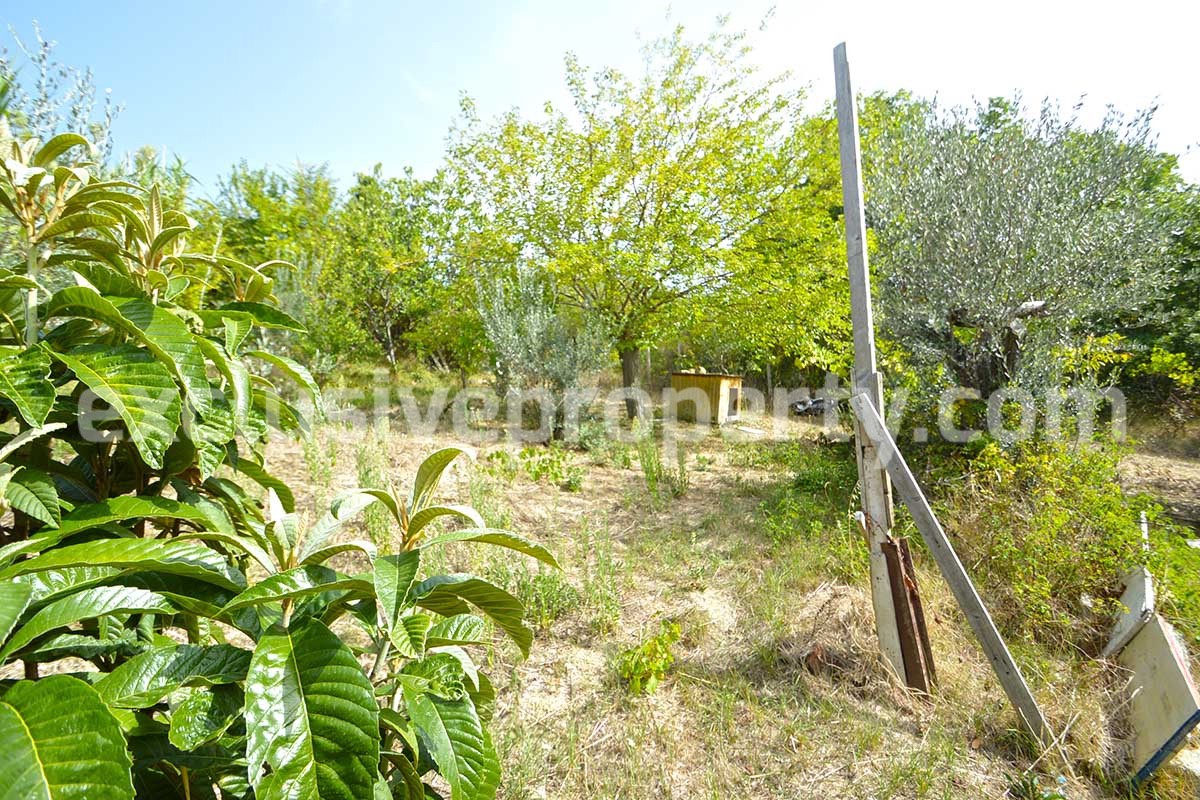 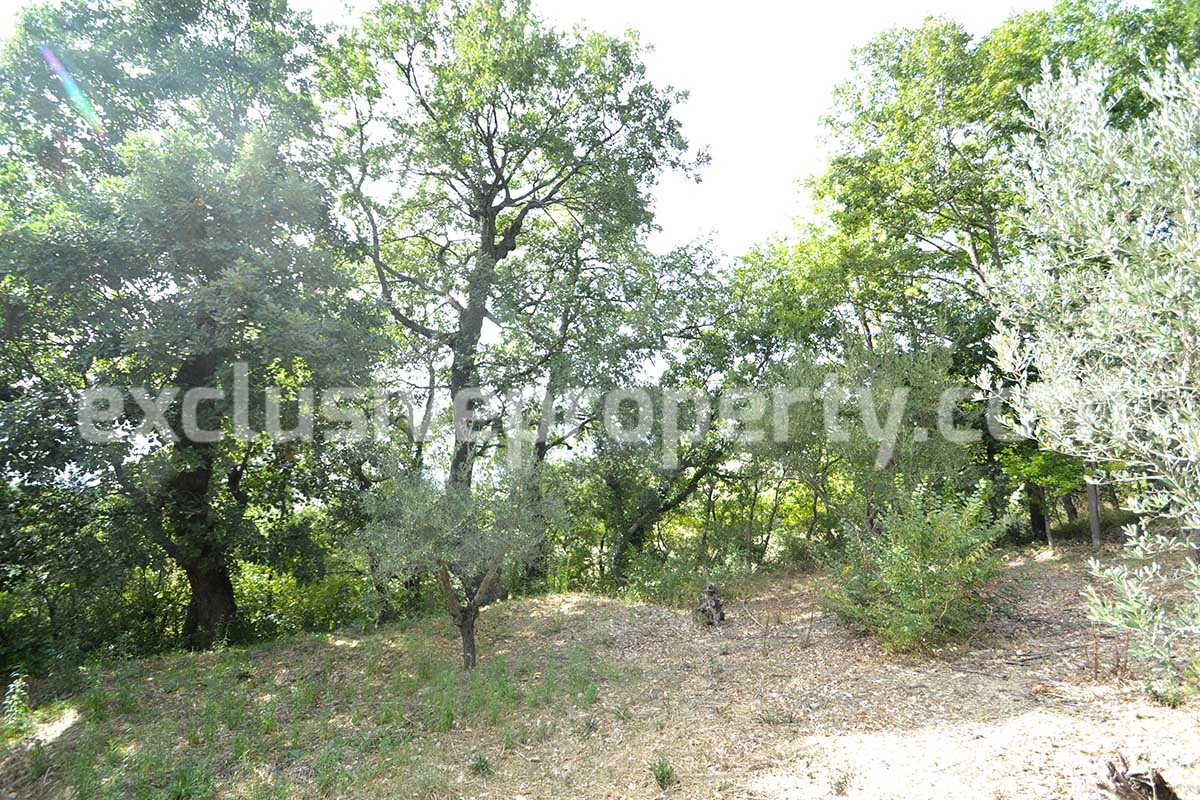 Country house to be completed for sale in Palmoli, on the Abruzzo hills, 30 minutes by car from the sea.

The house consists of two rooms in the BASEMENT and two rooms on the GROUND FLOOR.

The house needs to be completed as shown in the photos.

The SERVICES are to be connected (water and electricity) and the house has no bathroom and no septic tank.

The surrounding land is about 1030 square meters with fruit and olive trees.

On the top of an isolated hill, close to the Treste River, PALMOLI distinguishes itself from far away thanks to its Castle. This constitutes the highest point around which the village develops, with the typical extended shape of its ridge settlements. The Marquis Castle is the most important building of the entire area and since 1928 it has been proclaimed as national monument. The whole fortified complex presents defensive walls and a dodecagonal plant tower and it includes the Marquis Palace (15th century) with its Chapel of San Carlo (18th century). Moreover the Castle hosts the Museum of Rural Culture since 1978. Inside the village, which is rich in courtyards, arcades, stone portals, wrought iron lunettes and banisters, one can visit the Church of Santa Maria delle Grazie, in composite Tuscan style. Particularly rich in stuccos, paintings, statues and decorations, the church hosts in its interior a bronze casket with the body of Palmoli Saint Patron, San Valentino Martire. In Palmoli it is possible to taste the typical Vastese cold meats, and during the second-last weekend of August a festival dedicated to the "ventricina" takes place, while the delightful lamb stew festival is on the 13th of August.